1. Monte Generoso Mount Generoso offers breathtaking views of both Switzerland and Italy. There are many different hikes leading  to the top, most of which you can find here.  We have taken the shorter (4 hour) hike from the Bella Vista parking lot.  You can take the train from Riva San Vitale, hike from Mendriso, … END_OF_DOCUMENT_TOKEN_TO_BE_REPLACED

We have a view of Monte Generoso from our bedroom window and have wanted to hike it for years.  Finally, this last weekend we made the climb. Mount Generoso offers breathtaking views of both Switzerland and Italy. We did a bit of research before climbing the mountain. There are a few options to get … END_OF_DOCUMENT_TOKEN_TO_BE_REPLACED

Before the end of Summer Ferien we were able to squeeze in a trip to Prague. The drive wasn’t too bad, only 7 hours. What a beautiful city.

Jason got a new lens recently and was able to try it out in Prague. I think his pictures turned out really great.

The boys got to try out a segway and thought it was super cool.

The baby slept through the whole trip, I guess she won’t remember it anyways : 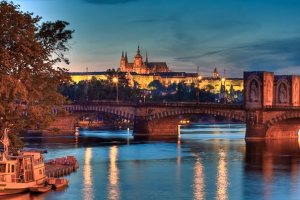 The Prague castle in the background, the largest castle in Europe.

Enjoying a ride on the river.Finding a playground is high on the boys list.

Is she awake? Nah, going back to sleep. 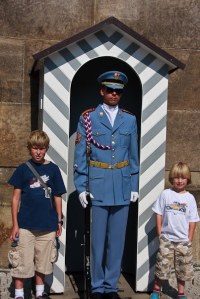 The guards at the Castle. It was so hot, I think they must have been melting in those suits.

We hiked all the way up to the castle. It was a lot further than it looked. Thank goodness there was ice cream along the way. We were all exhausted after. 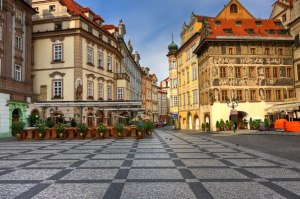 Jason took the boys and the baby out one morning so I could sleep in (so sweet). He was able to get some shots in the town squares with no one in it. Pretty cool, I guess it pays to wake up early.

Proof of the early morning wake-up. Check out their bed head hair 🙂

Check out that building in the background. 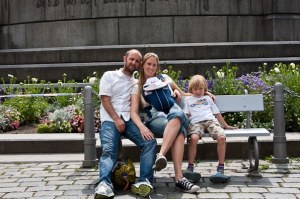 The cuisine was quite good. The boys enjoyed “salty pancakes”. After a few bites they traded me for my dish of beef and dumplings, they thought it was too salty. I love salt so I thought they were delicious.

The Old town Square early in the morning. 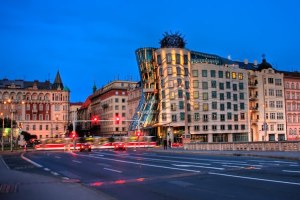 The streets of Prague.